You are a god of good, of light and truth.  You are god of evil, of rot and decay.  You are a mortal hero, steadfast and loyal in a world of the divine.

Divine || Mundane is a game in which you build a world together and find out what happens when gods clash with mortals and with each other, when rivals must work together, when enemies become lovers, when war brings people closer.

This game is a hack of D. Vincent Baker's MF0: Firebrands.  In it, you will create characters, design a Realm, and utilize nine minigames to find out what happens together.

In order to download this game you must purchase it at or above the minimum price of $10 USD. You will get access to the following files:

Divine||Mundane is a brilliant hack of MF0: Firebrands that pushes the system in an entirely new direction. It allows a group of players to tell a vividly expressive story about divinity, power, belief, intimacy, and trust, through the lens of the interactions between humans and gods both good and evil.

It's a fantastic game just to read through, but a total blast to play. The character creation is poetic in itself and allows for a huge variety of striking characters, giving every type of player a huge spread of choices to run with. Once these characters interact, Divine||Mundane shines with its rewritten minigames that play into the game's mood and atmosphere and make it easy for the players to do the same.

It's also beautifully presented, with phenomenal cover art by Finn J. Carey and page layouts that are both straightforward and impressively well-styled. Han's hack is a robust storytelling tool and a work of art in its own right.

How many players will this handle?

Thank you! Our group may be too large at six total players, but I'll talk with them about it.

good luck! i have played with 6 people and it works as long as you make sure to keep the scenes short and the plot/action moving at a fast pace.

A  fabulous RPG with a lot of drama + love + gods.

Divine Mundane push MFZ:Firebrands in a next level : now there are story seeds, new games, better presentation (in my opinion)

If you loved Vincent Baker new Power by the Apocalypse' games, but you don't like playing in a Gundam setting like Firebrands, you should try Divine : it really deserves your attention.

thank you so much matthieu!!!!

Thank you Han for this really nice hack ❤❤❤❤ 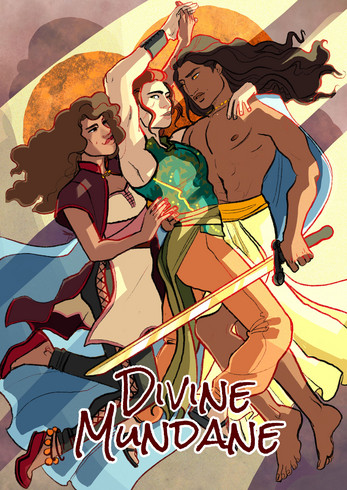 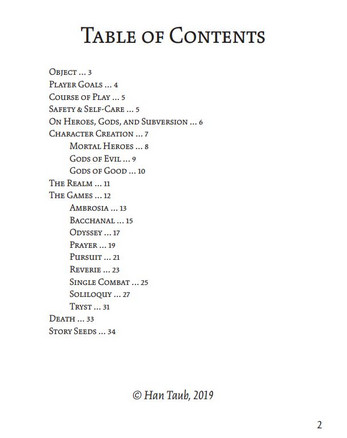 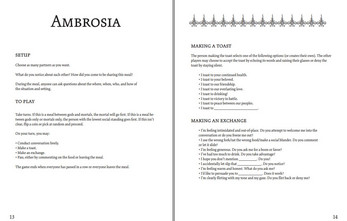 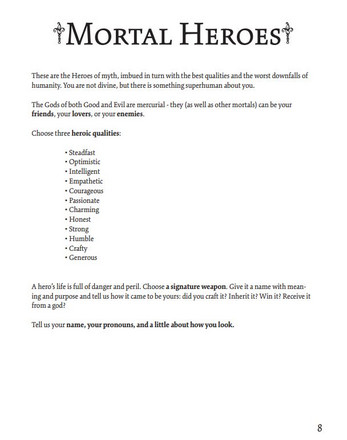